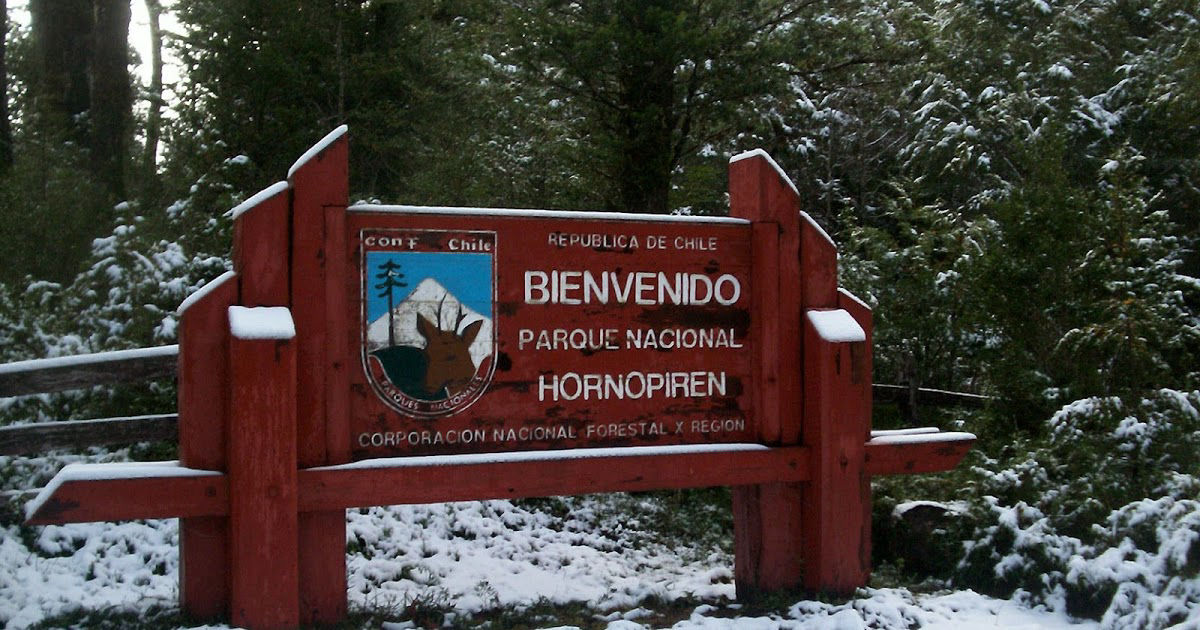 The Hornopirén National Park was created on October 19th, 1988 through Supreme Decree N° 884 of the Ministry of National Assets. It is located in the commune of Hualaihué, Palena province to the east of Hornopirén village.

The Hornopirén National Park is part of the Temperate Rain Forests of the Southern Andes Biosphere Reserve.

The park is covered with vegetation on 50% of its surface and the main forest types are the evergreen larch, Magellan coigüe and lenga beech. The rest is formed by rocky areas, snow, lakes, lagoons and snowdrifts. In terms of mammals, it is possible to find around 25 species, such as puma, the güiña, the lesser grison and the South American gray fox. And in terms of birds, around 123 species can be found in the area, where the flying steamer duck, the Andean condor and the Magellanic woodpecker stand out.

Suggestion: Since the weather is rigorous in the area and the park is next to the glaciers, we recommend that you bring adequate clothes for the existing conditions such as mud, rain and temperatures below zero during the night